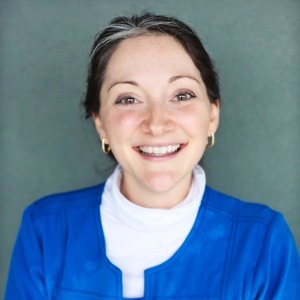 Upon completion of her MS, she went to work for Riverside Walter Reed Hospital where she was the first full-time SLP in the hospital’s history. At this location, she advocated for implementation of an oral care protocol, establishment of ST involvement/treatment of oncology patients with the “Tumor Board”, as well as advocacy for establishment of MBSS capabilities at the facility.

In January 2012 she and her husband were called to SC. Since that time, she has primarily worked as an Early Intervention/Home Health Speech Language Pathologist, specializing in the treatment of medically fragile and complex etiology cases. Over the last few years, she has been working towards her BCS-S licensure, received an ASHA ACE Award (January 2016 and February 2017), been blessed to have trained USC Graduate Interns, and delivered numerous guest lectures to SLP students and Nursing students on topics such as “What is it like to be an SLP?” and “Aspiration Precautions”.
Michelle was raised that if one wishes to see change in the world, then they should be the source of that change. As such, she began seeking positive change in SC in 2013, when she started advocating with Babynet to allow SLPs to treat oropharyngeal dysphagia in the birth to 3 population. This became a reality in 2014, coinciding with the birth of her second son. After volunteering at the 2015 SCSHA convention, she was nominated and subsequently voted into the position of VP of Governmental Affairs (2015-2017). While serving on the board, she has continued to advocate for changes with Babynet. She is excited to see her dedication begin to pay off and benefit all SLP/As that provide services in this setting, as BN has adopted SCSHA’s recommendations of improved CPT coding and CFY access to BRIDGES. She is continuing her advocacy endeavors in attempting to obtain PMH access for BN service providers. She is also serving SCSHA, (SC Speech Language and Hearing Association), in the role as President Elect (2017) and SCSHA Convention Chair for the 60th Anniversary Convention in 2018.